Home / DEFCON-2 The Missiles of October

DEFCON-2 The Missiles of October

"It was a perfectly beautiful night, as fall nights are in Washington. I walked out of the president's Oval Office, and as I walked out, I thought I might never live to see another Saturday night." -Secretary of Defense Robert S. McNamara 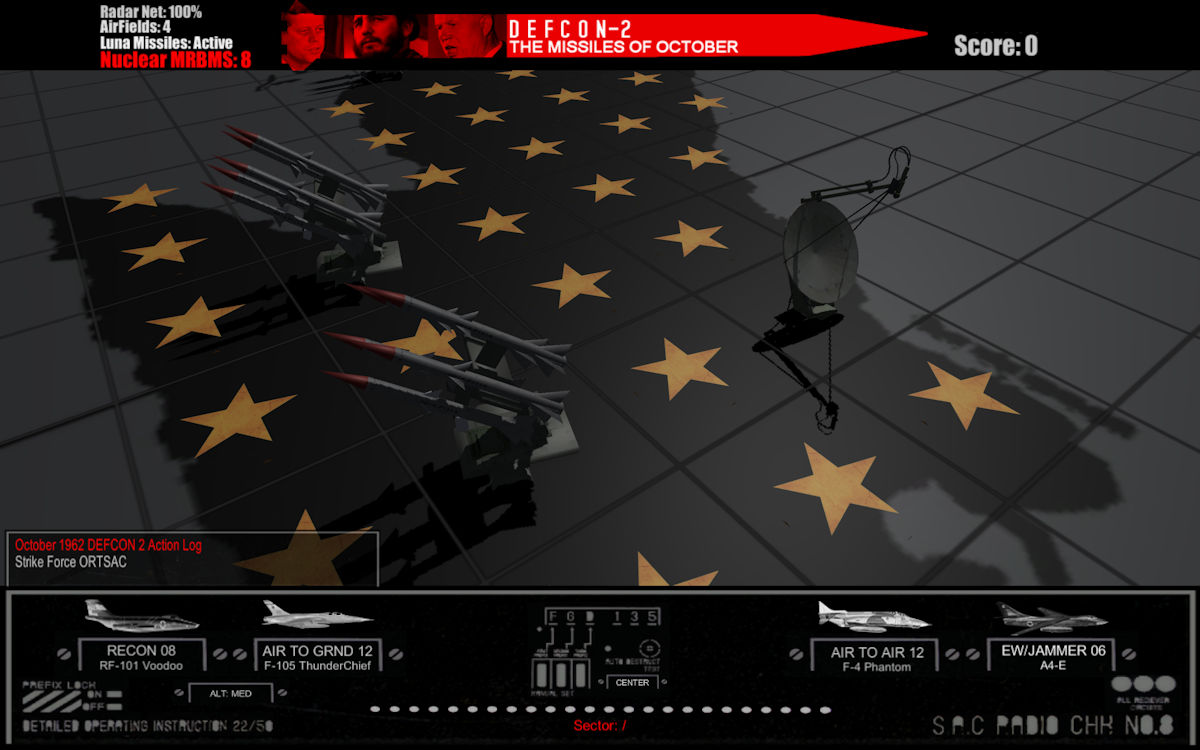 On October 15 1962, the CIA's National Photographic Interpretation Center (NPIC) reviewed U-2 photographs and identified objects that they interpreted as Soviet medium range nuclear ballistic missiles on the island of Cuba. The next morning, President Kennedy was briefed on the CIA's analysis of the images. 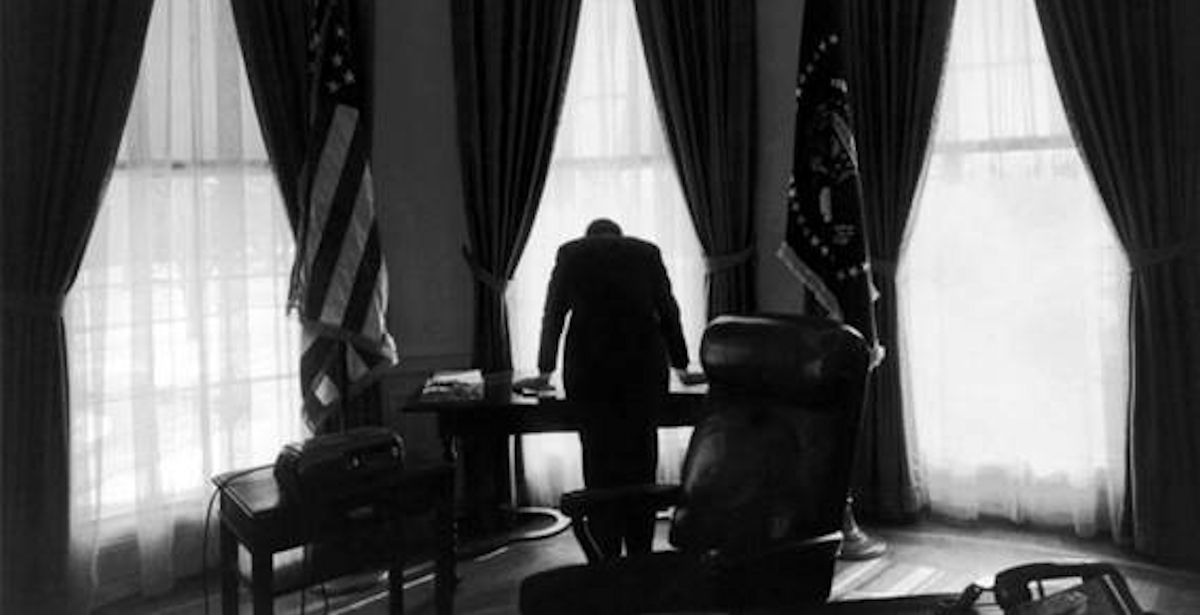 The EXCOMM discussed several possible courses of action while The Joint Chiefs of Staff unanimously agreed that a massive air strike designed to destroy the Nuclear MRBMS (OPLAN-312) followed by a full-scale invasion (OPLAN-316) was the only solution. 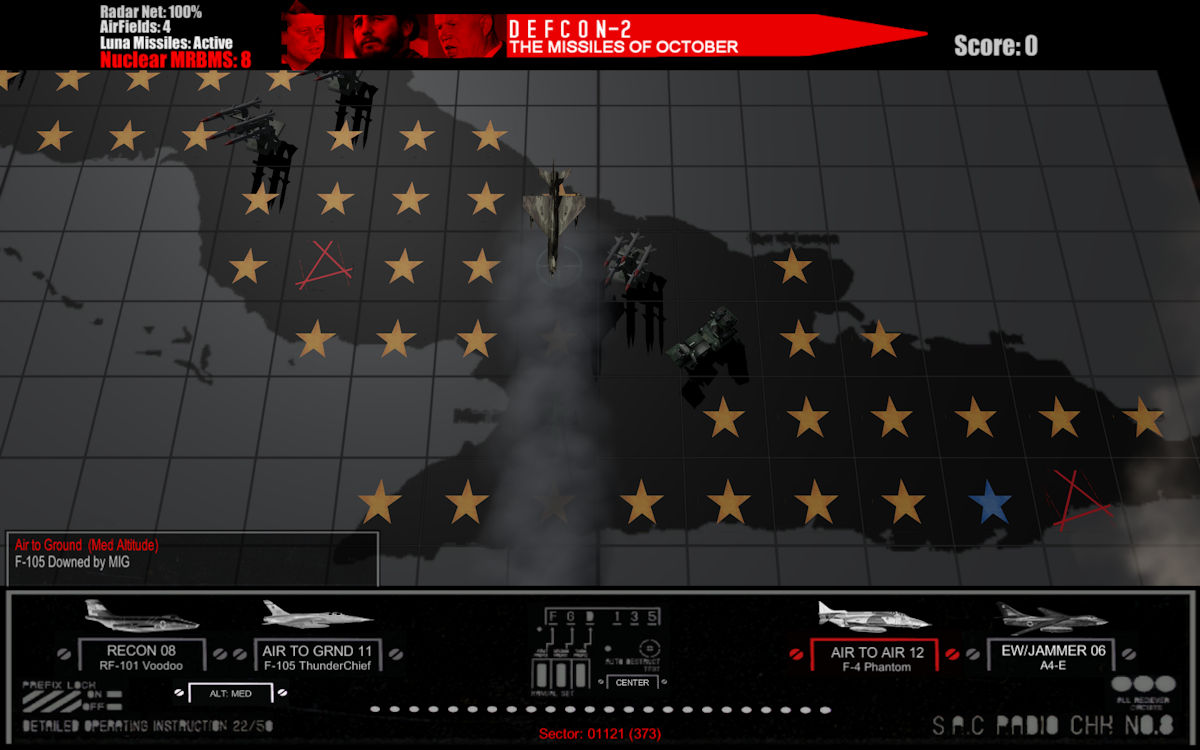 Digital Gameworks' latest mini turn based strategy game, DEFCON-2 The Missiles of October OR: Grab a Scotch, Fire Up a Smoke... And Check Your Bomb Shelter! sets the 'Wayback Machine' to the Fall of 1962 and takes a somewhat darkly humorous 'What If?' look at OPLAN-312 and the closest the world has ever come to World War III during the Cuban Missile Crisis.

Take command of an OPLAN-312 Strike Package in a deadly race to locate and destroy the Soviet Nuclear MRBMs before they become operational and are launched against the US Eastern Sea-Board, Jam Radar Installations to reduce SAM effectiveness, Destroy Airfields to suppress MIG Patrols, Set Reconnaissance and Air To Ground Mission altitudes to minimize or avoid AAA fire. Locate and destroy the tactical nuclear Luna Surface to Surface Missiles before they're launched against the US Base at Guantanamo. 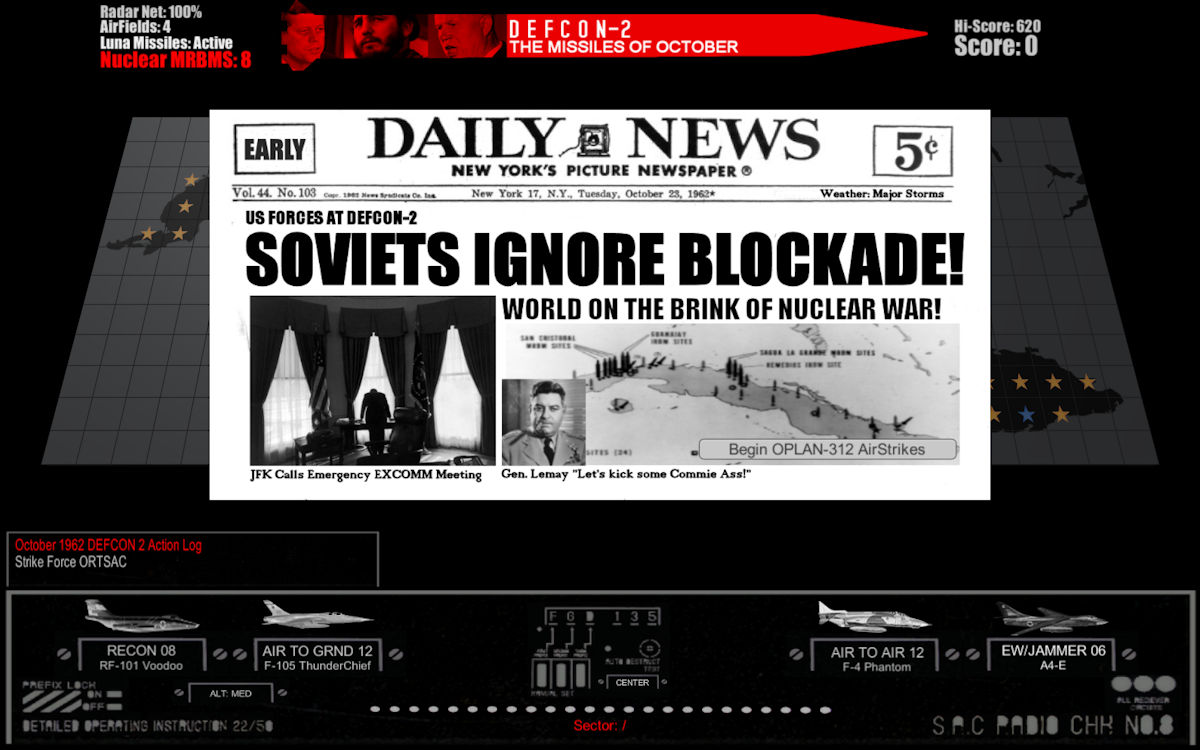