It was hot that day. With the temperature hovering near 100 degrees, the thin blue line of cavalry troopers moved in a northwesterly direction. Just off a forced night march, they were weary, but the sense of imminent battle ignited a combination of fear and excitement that so often accompanies men into combat.

They were confident. Led by the golden haired "Boy General", the man who never sounded a retreat, their victory was certain. With the sun past noon, the Seventh Cavalry and George Armstrong Custer moved forward to their appointment with glory...and death.

In the dusty Sioux-Cheyenne village things moved slowly, the children played as usual. It was a large village, the largest village in Indian history. There were many warriors here, perhaps two thousand. They too were confident. Their tribal elder, Chief Sitting Bull, had told them that victory would be theirs and like the cavalry approaching, they were also led by a charismatic warrior, the enigmatic Crazy Horse.

Now, the sound of gunfire erupted to the South. The music of the blue coats drifted on the air. Warriors by the hundreds mounted their horses. It was hot that day. It was a good day to die...

Ride with Custer and the famed 7th Cavalry or Crazy Horse and the Sioux-Cheyenne Warriors at the Battle of the Little Bighorn!

Desperate Glory is an abstracted company level tactical combat game covering the Battle of the Little Bighorn, pitting General Custer's divided 7th Cavalry against the largest gathering of Sioux-Cheyenne Warriors in history. Each map 'hex' represents about 20 yards and each turn represents about 5 minutes of time.

• Command the US 7th Cavalry or The Sioux-Cheyenne Warriors
• Quick turn based play, pbem capable

Desperate Glory employs the classic 'IGOUGO' turn based war gaming system within a user friendly interface designed for quick play and immediate combat resolution. An entire unit group can be ordered to move or perform a battle action with a couple clicks of a mouse. Those who enjoy 'pushing counters' may still control units at an individual level if desired. 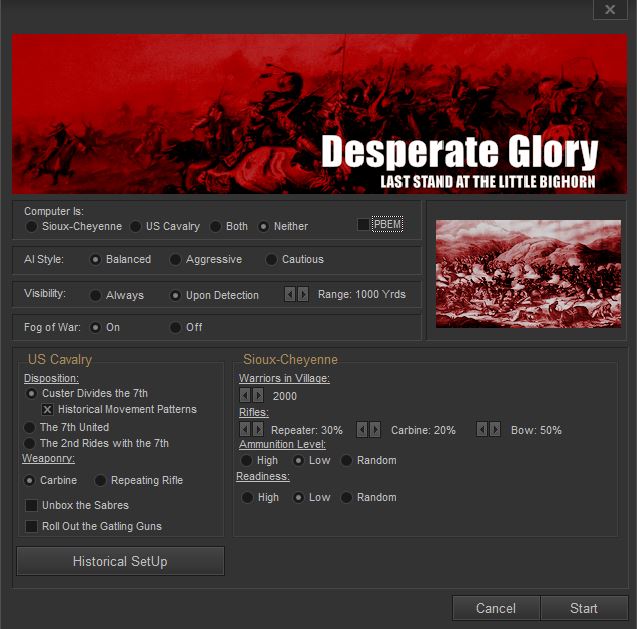 What if Custer never divided the 7th? What if the Indian Village was smaller? What if the Sioux-Cheyenne were only armed with Bows? Desperate Glory provides a multitude of additive game options providing a myriad of scenario possibilities. Among them include: 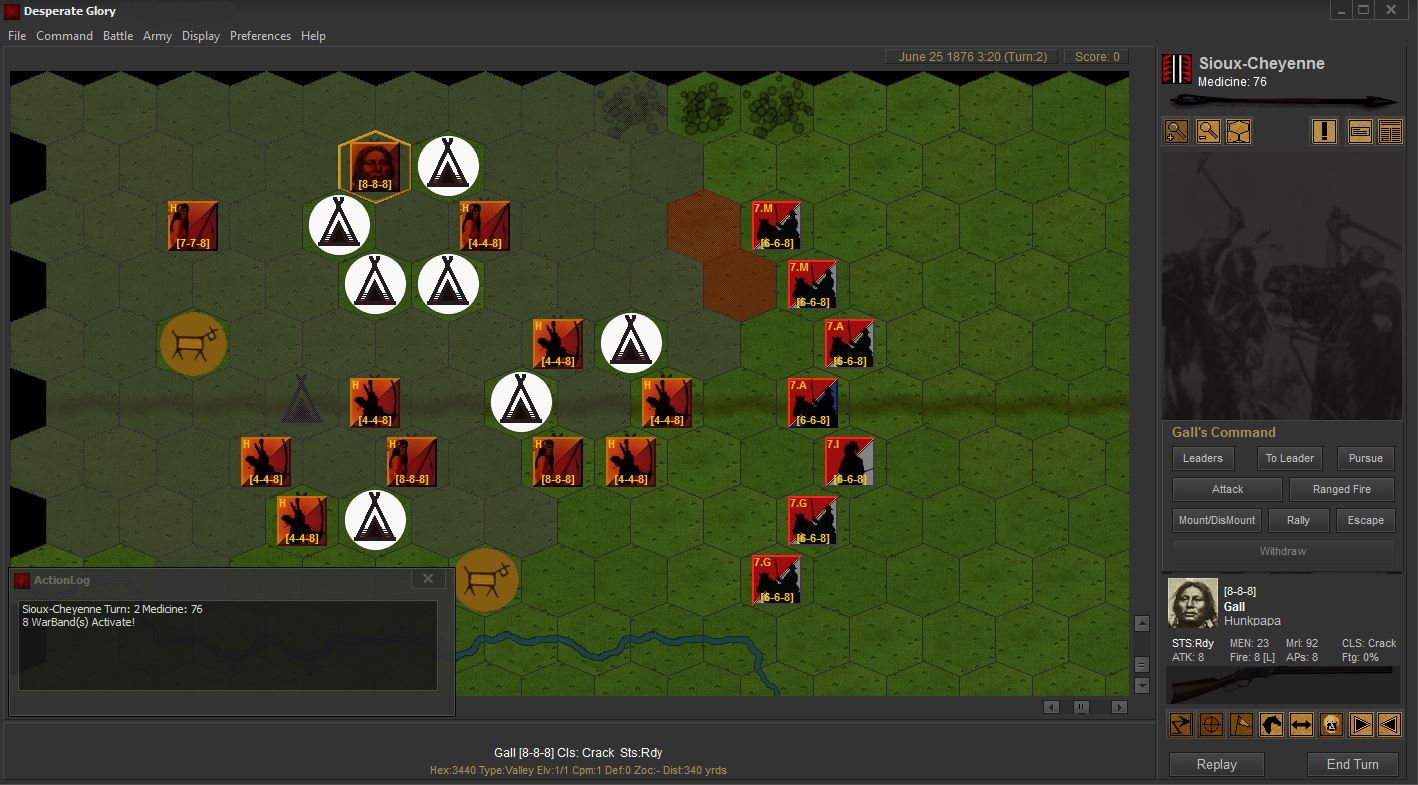 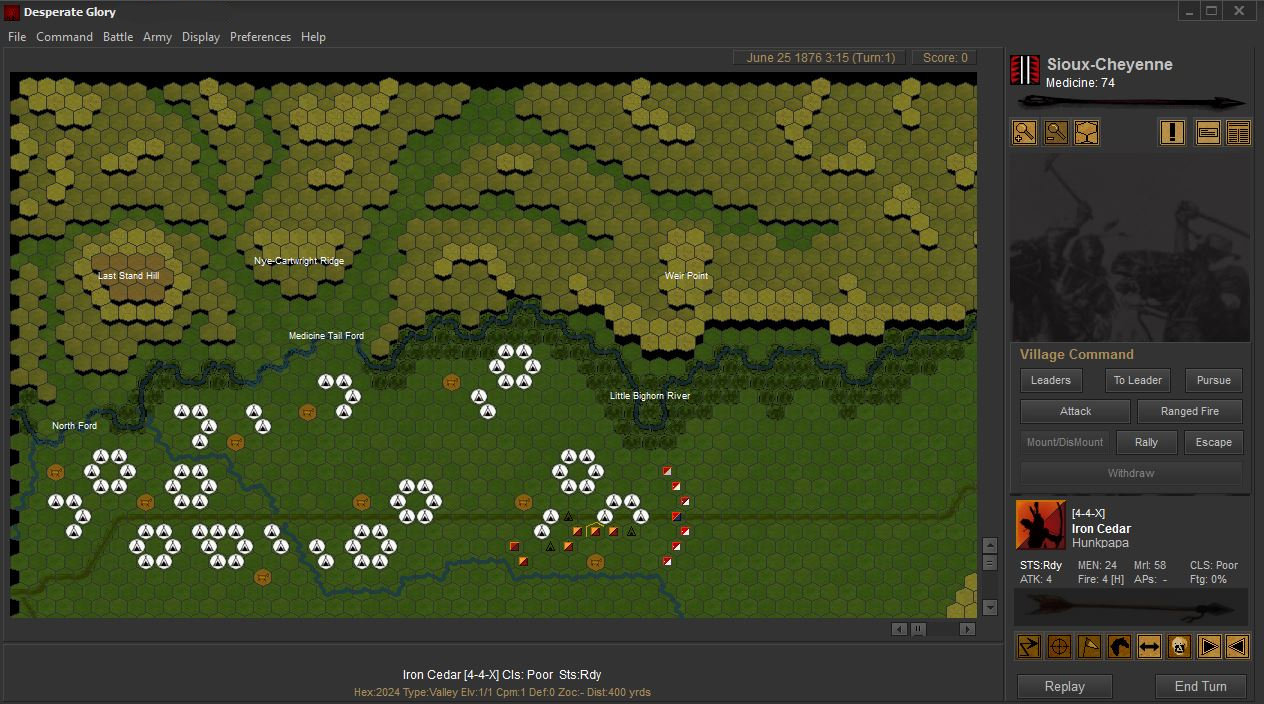 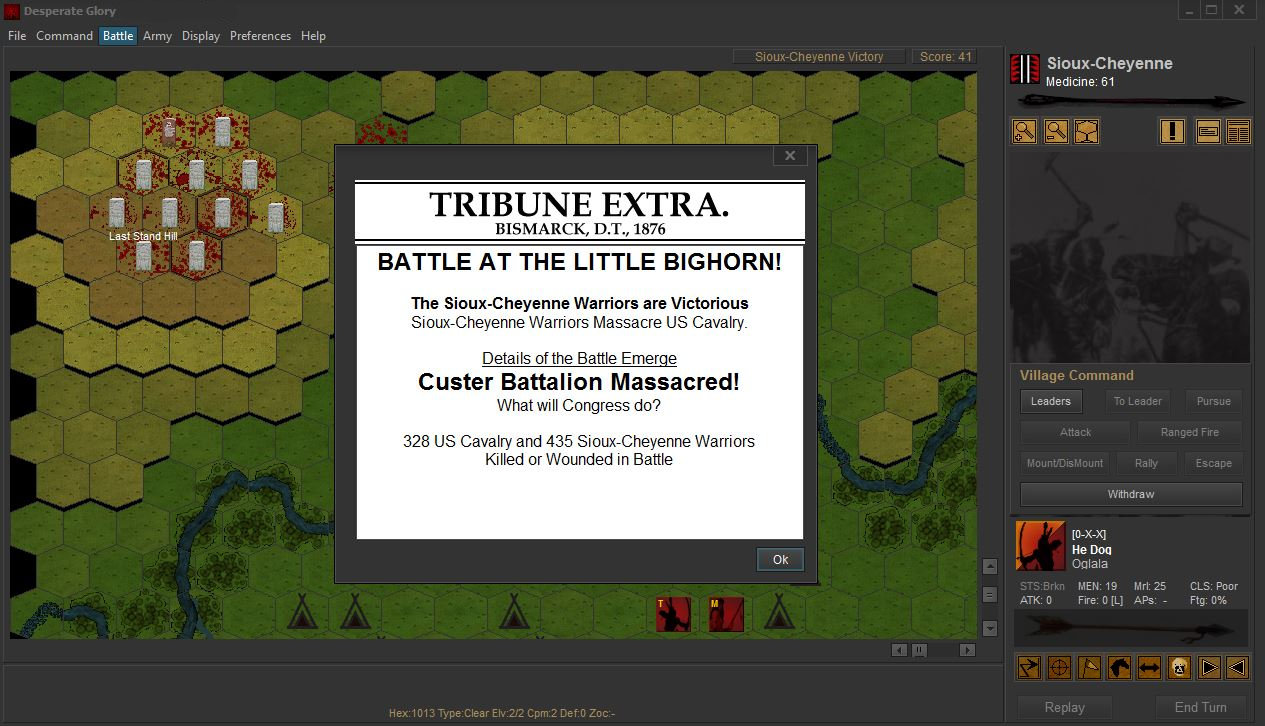 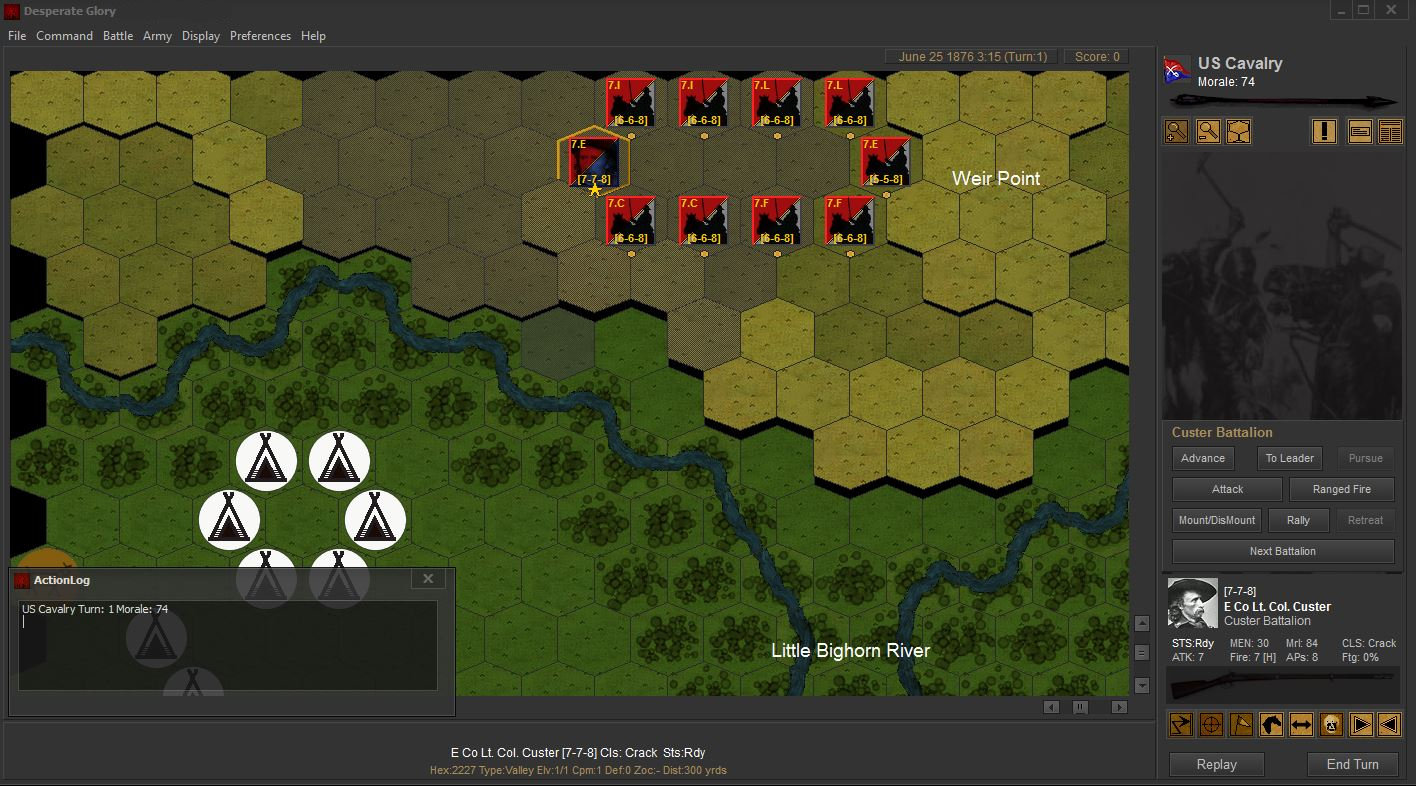