Iwo Jima, Okinawa, and Guadalcanal all stand out as major battles of the US WWII Pacific Campaign, but Peleliu arguably equaled or surpassed them all in scale and ferocity.

Major General William Rupertus, Commander of the 1st Marine Division, confidently predicted the capture of Peleliu would “only take three days – maybe two.” But the Japanese had learned from previous defeats and adopted new tactics designed to bleed the Americans dry. Gone was meeting the US forces 'head on' at the beach and the ineffective Banzai charges. In their place were well crafted fortifications and disciplined attacks and some 10,000 plus defenders that would fight to the death in the Emperor's name.

What ensued was a bloody battle of unprecedented savagery that nearly destroyed an entire Marine division. 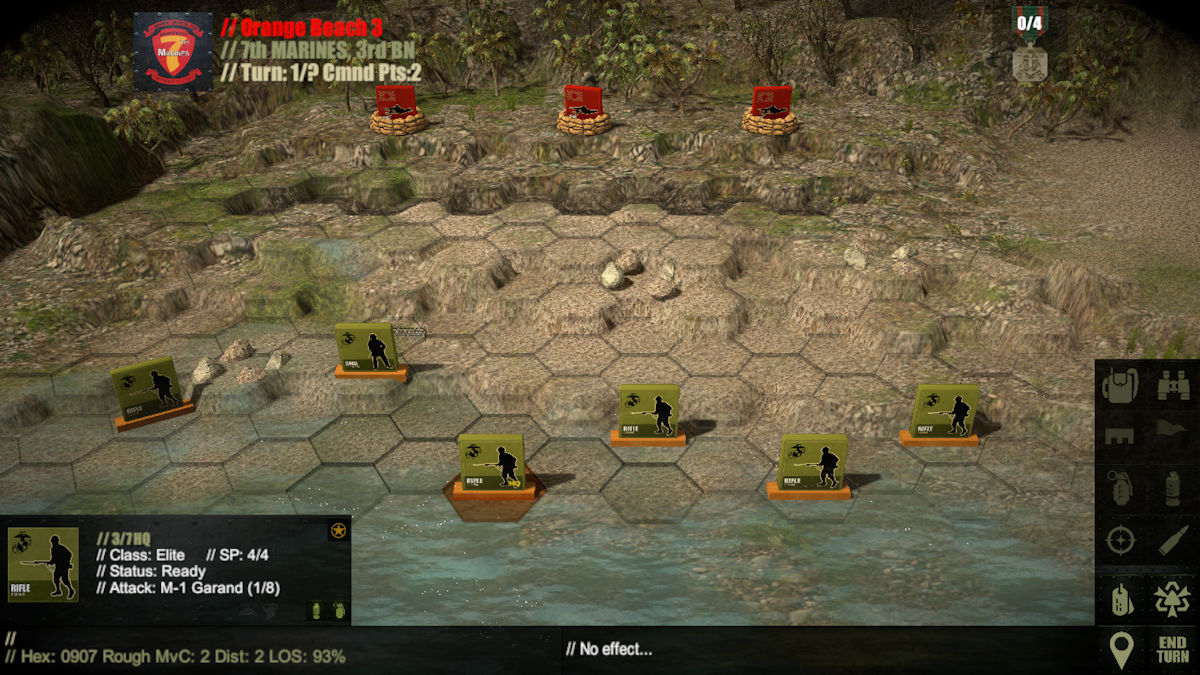 Striking 3D Graphics, Immersive Sound and Special Effects, all combine in an action packed combat game that brings a sense of immediacy and danger at every turn. 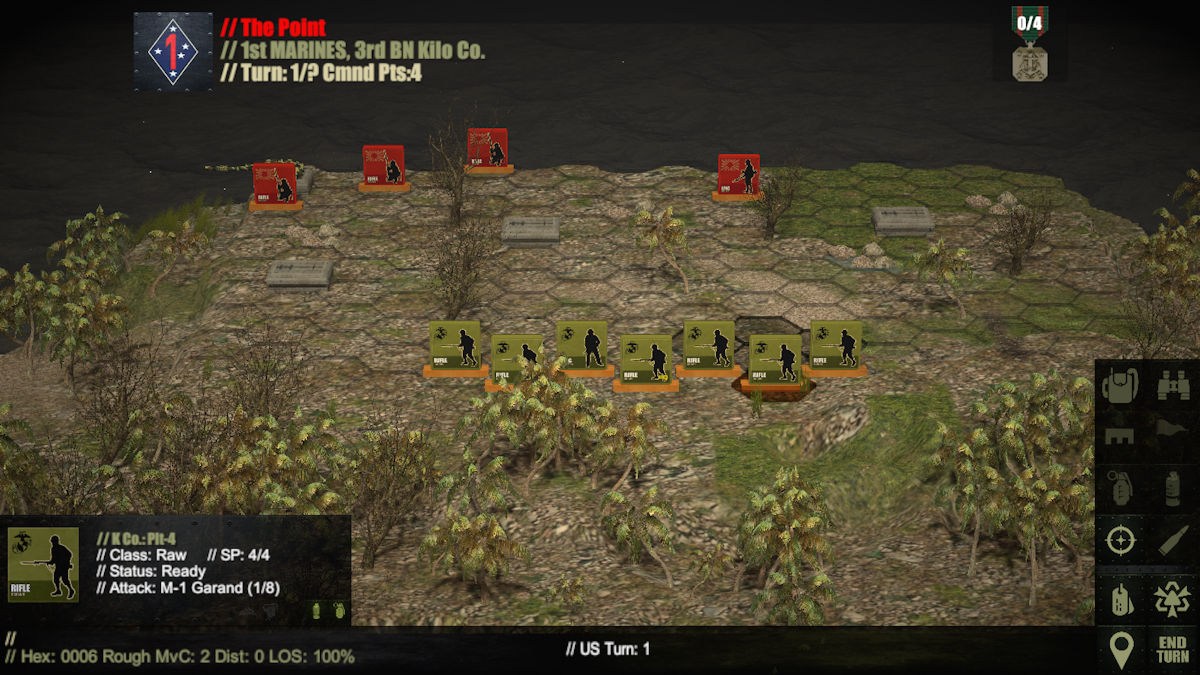 Intense turn based WWII action within an accessible quick play game system that keeps you involved instead of putting you to sleep.

While staying true to turn-based mechanics the game system's random command activation system will at times make it feel as though you're playing more of a real time strategy game.

The abstracted level and focused scenarios will have your attention from the very first turn. 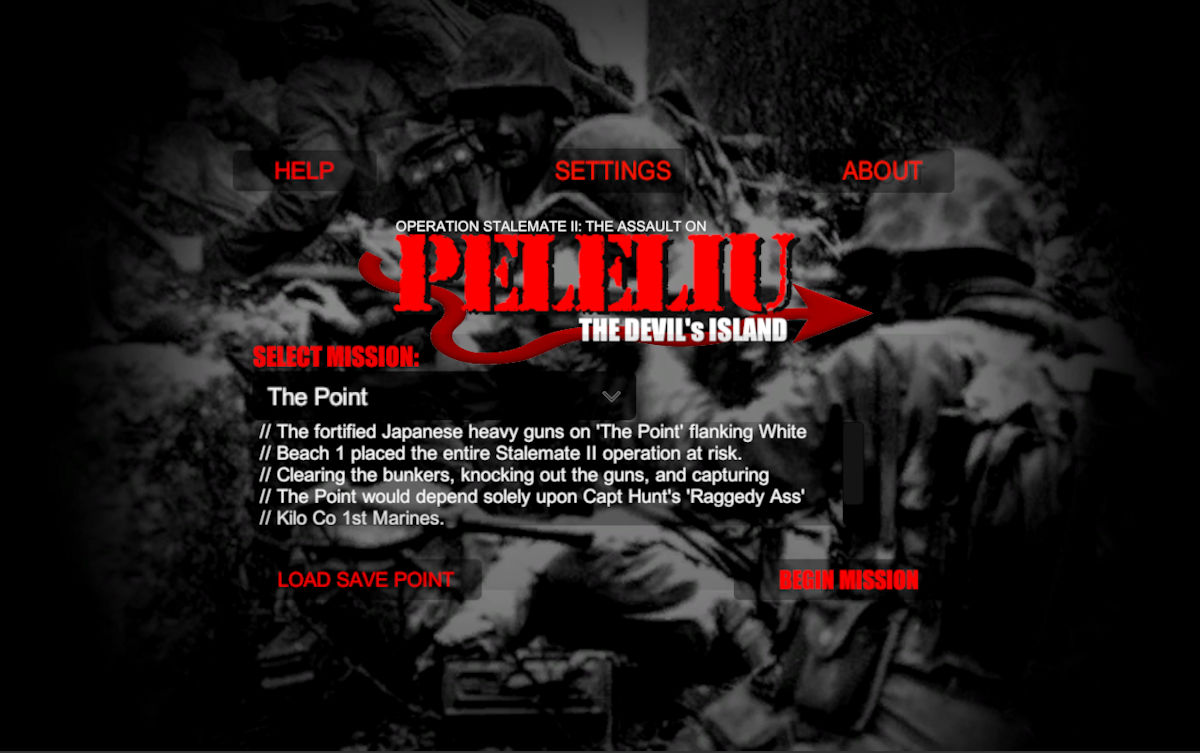 - Seven historical based scenarios covering the major aspects of the Assault on Peleliu. Randomly generated defenses and enemy positions add to the game's replay value.

- AI Assisted Ranged Fire, Rallying, and Supply, allow you to command your forces with just a few clicks of the mouse. 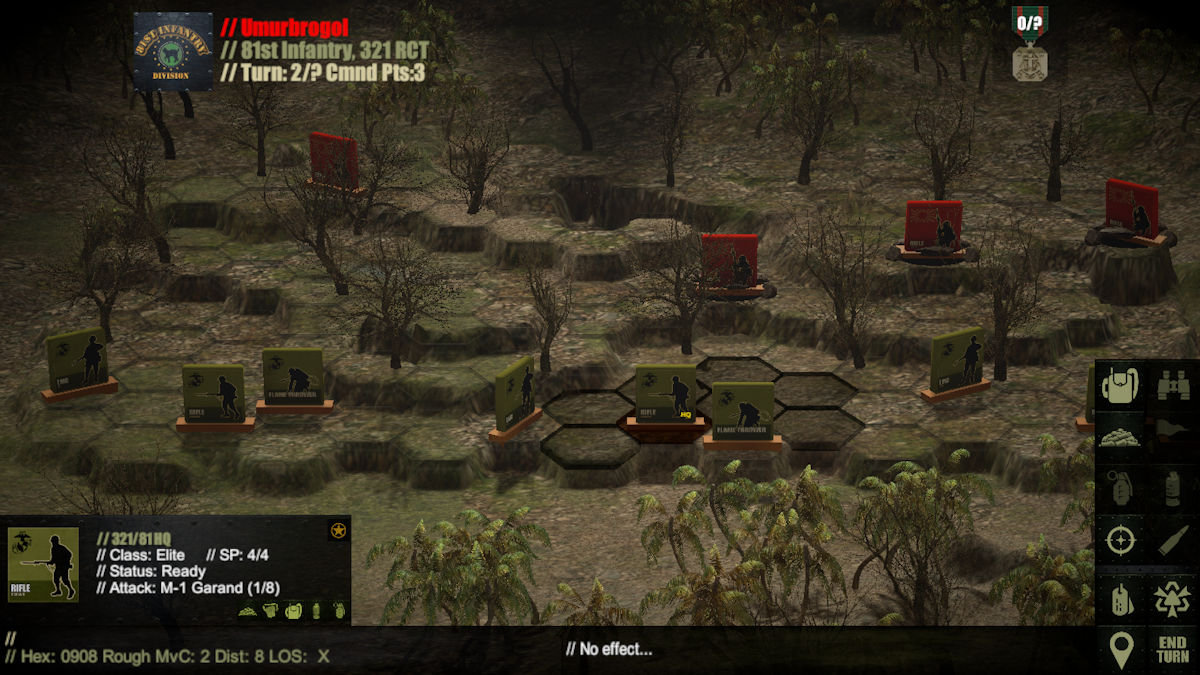