The Destruction of Army Group Center

As the partisans began blowing up railroads and bridges, Soviet aircraft darkened the skies, artillery devastated German fortified zones and infantry cleared paths for the undetected armada of tanks and mobile units. The destruction of Army Group Center was about to begin.

June 22nd 1944: The Soviet Summer Offensive
The Red Army launches a massive counter attack to liberate Byelorussia and portions of Eastern Poland and destroys Army Group Center in the most disastrous defeat suffered by the German Army in WWII.

"Red Thunder" is, at its heart, a history buff's wargame - one that, in a highly playable and stimulating fashion, will give both novice gamers and experienced 'war gamers' a deep understanding of and appreciation for WHY the battle played out as it did. In this vein, historical research has been painstaking in its depth and completeness. EVERY unit of regimental and greater size, (and some battalions as well), that impacted - or could have impacted - the battle is modeled in as much detail as available documentation will permit.

Part of the lure of historical wargaming is the ability of a game to 'change history'. Red Thunder scenario variants include:

Play
• Turn based with Intelligent Adjutant to streamline play

Command
• The German or Soviet Army 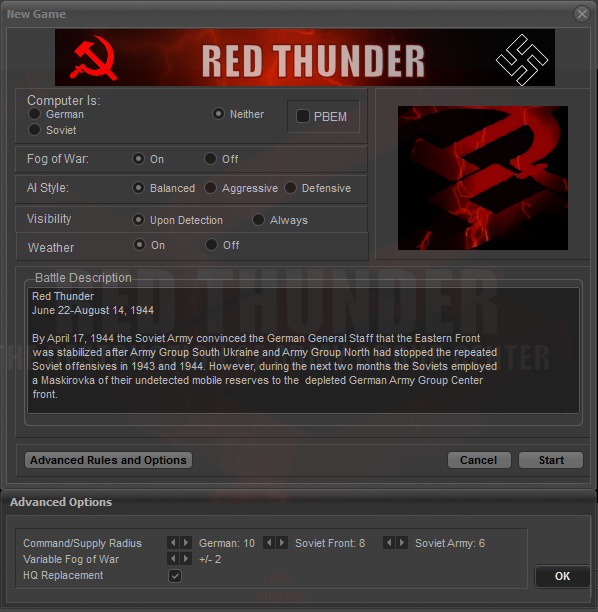 Ultimately, "Red Thunder" represents a clean, fast-paced, exciting and highly challenging game, that gives players AND historians a deep feel for the action - the blow and counterblow - of combat in history's largest and bloodiest military conflict. 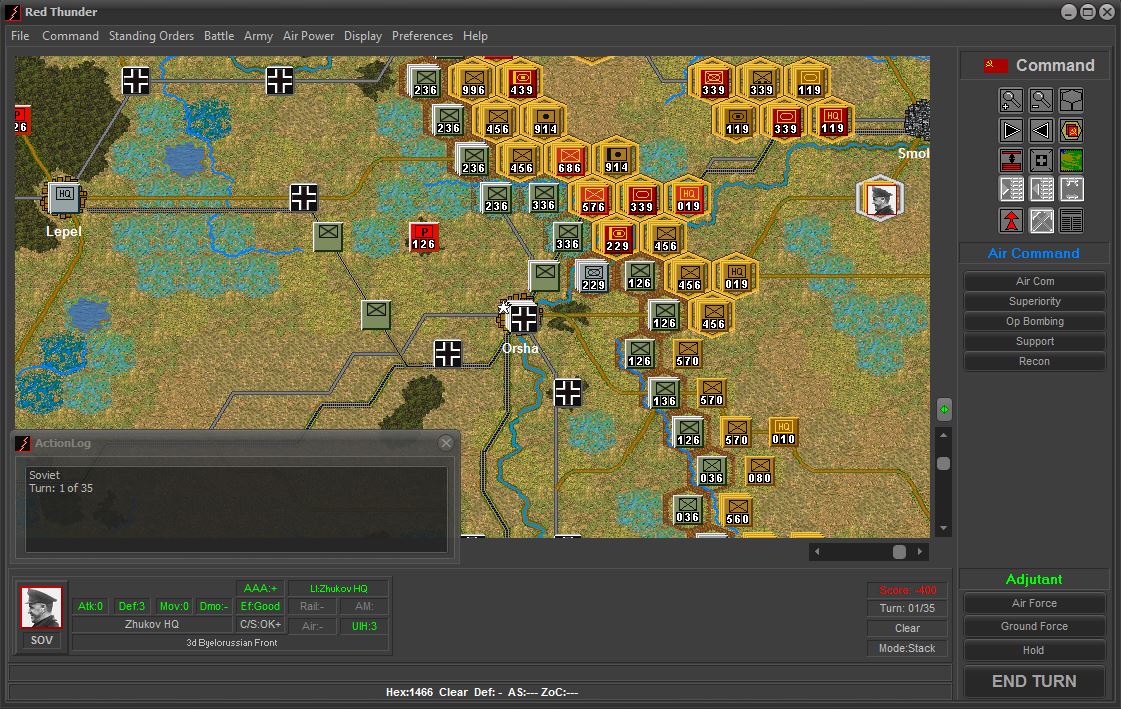 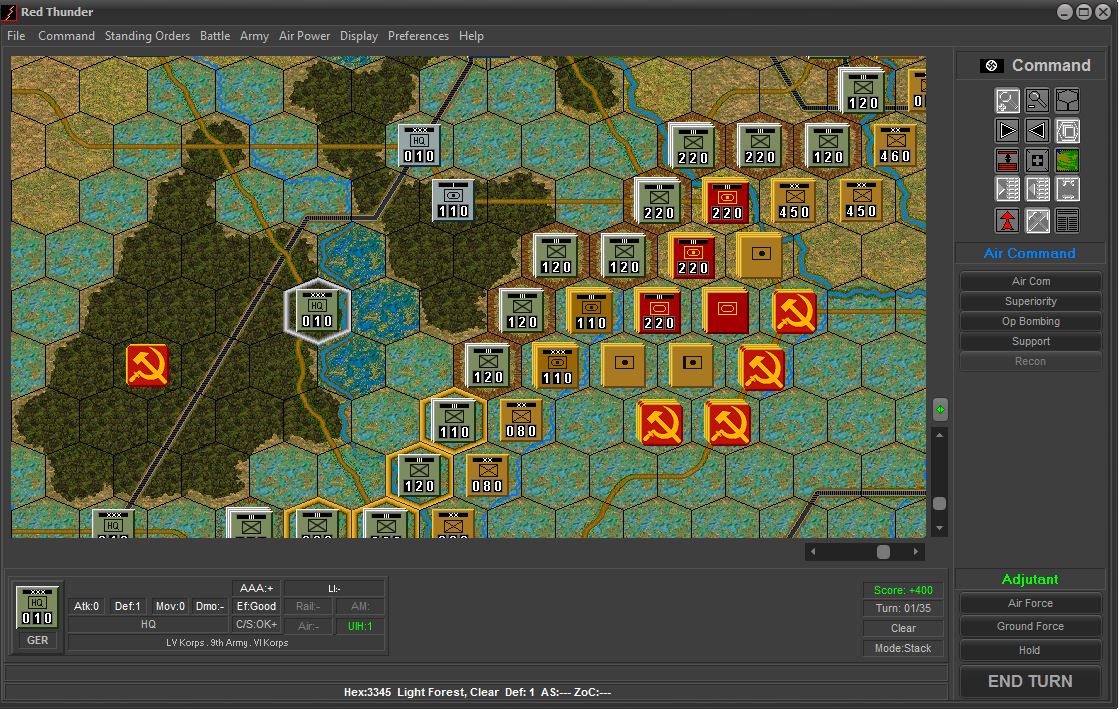 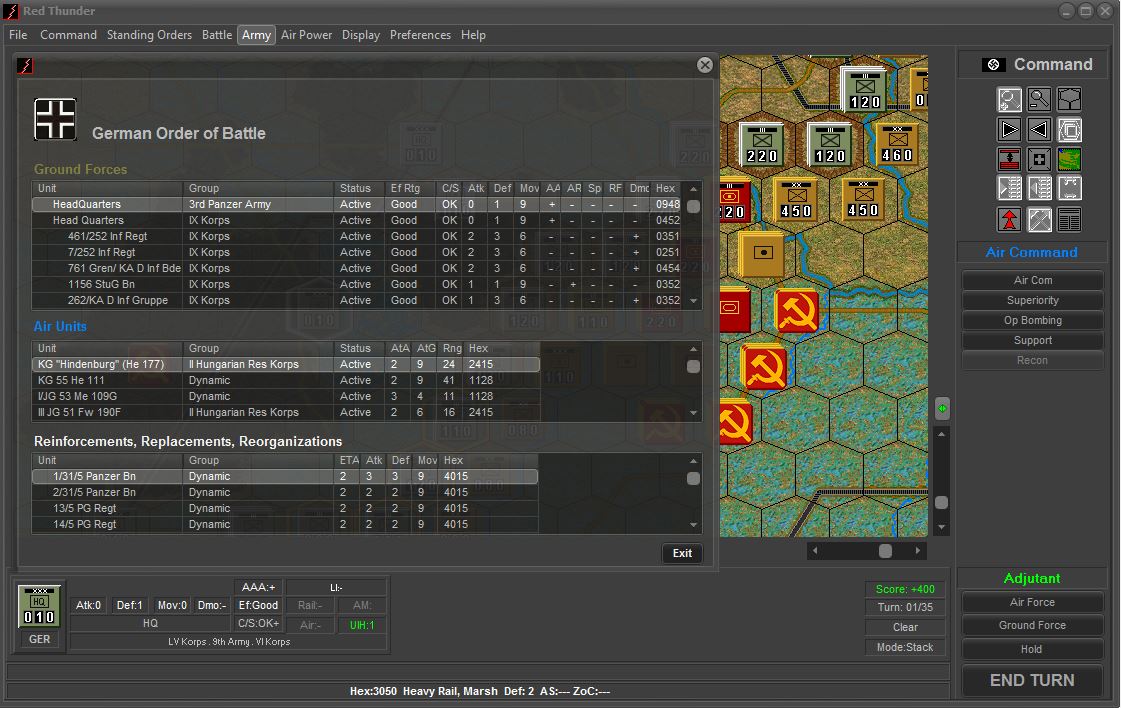