Home / X-COMBAT ACTIONS: THE DAYS OF THE DEAD

X-COMBAT ACTIONS: THE DAYS OF THE DEAD


The dead have begun rising from their graves in search of human prey.

In a year of epic political and social turmoil across much of the globe, the madness of 1968 would culminate in October with the Northeastern United States Zombie Outbreak. The CIA's Special Operations Group mobilized its Covert 'Black Ops' Hunter-Killer Team, Task-Force 23, in a desperate attempt to contain and suppress the epidemic from the general public.

X-COMBAT ACTIONS: THE DAYS OF THE DEAD

Be on the front lines of the covert ground campaign waged by the United States Government
against the Project Omega UnDead in the Fall of 1968. 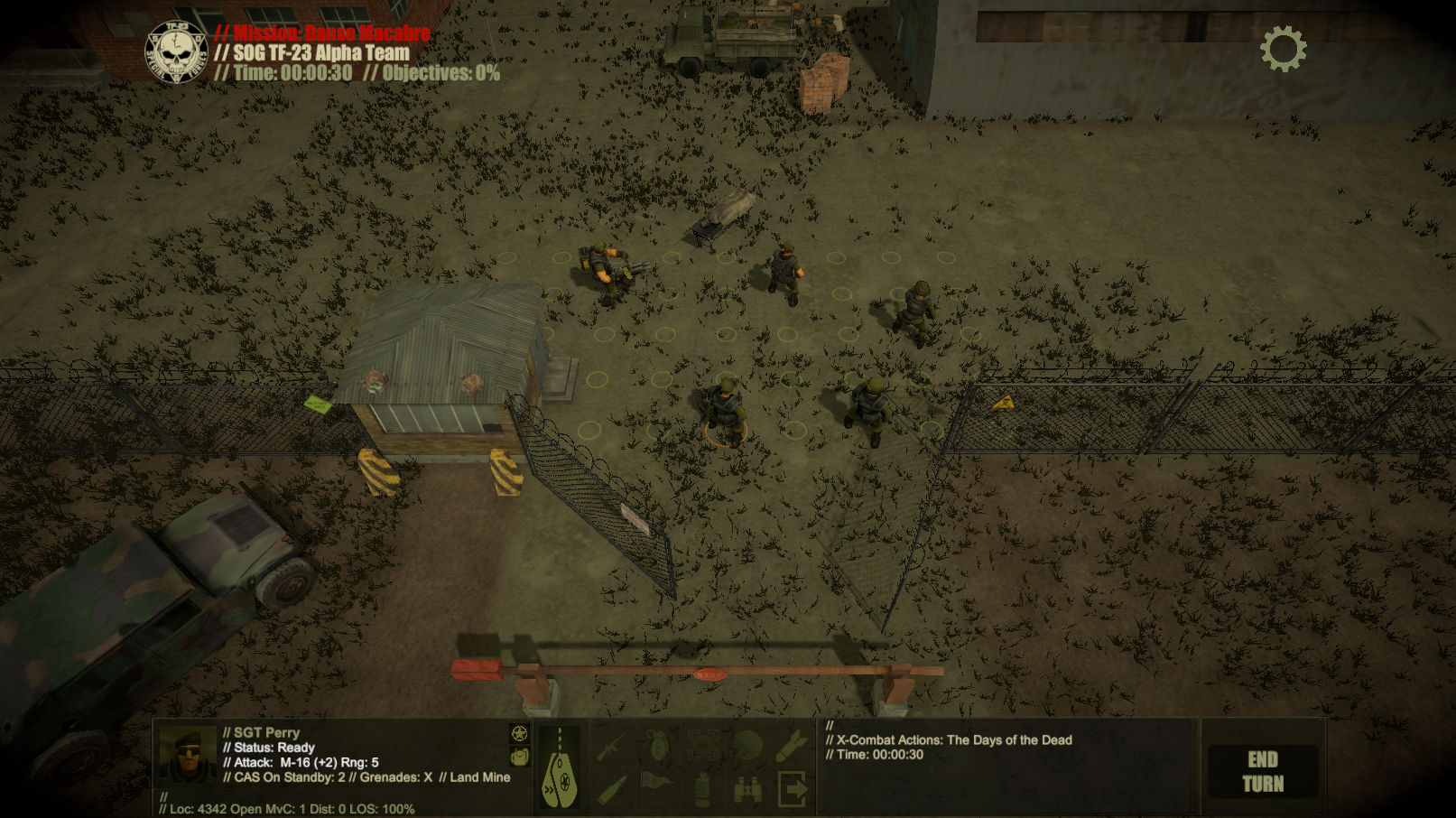 The Dead have Risen...

Striking fully Animated 3D Graphics, Immersive Sound and Special Effects, all combine in a Skirmish Level game that's as personal as it gets-- 'Mano a Mano' or 'Mano a Muerto' (as the case may be), bringing a sense of immediacy and danger to every mission. 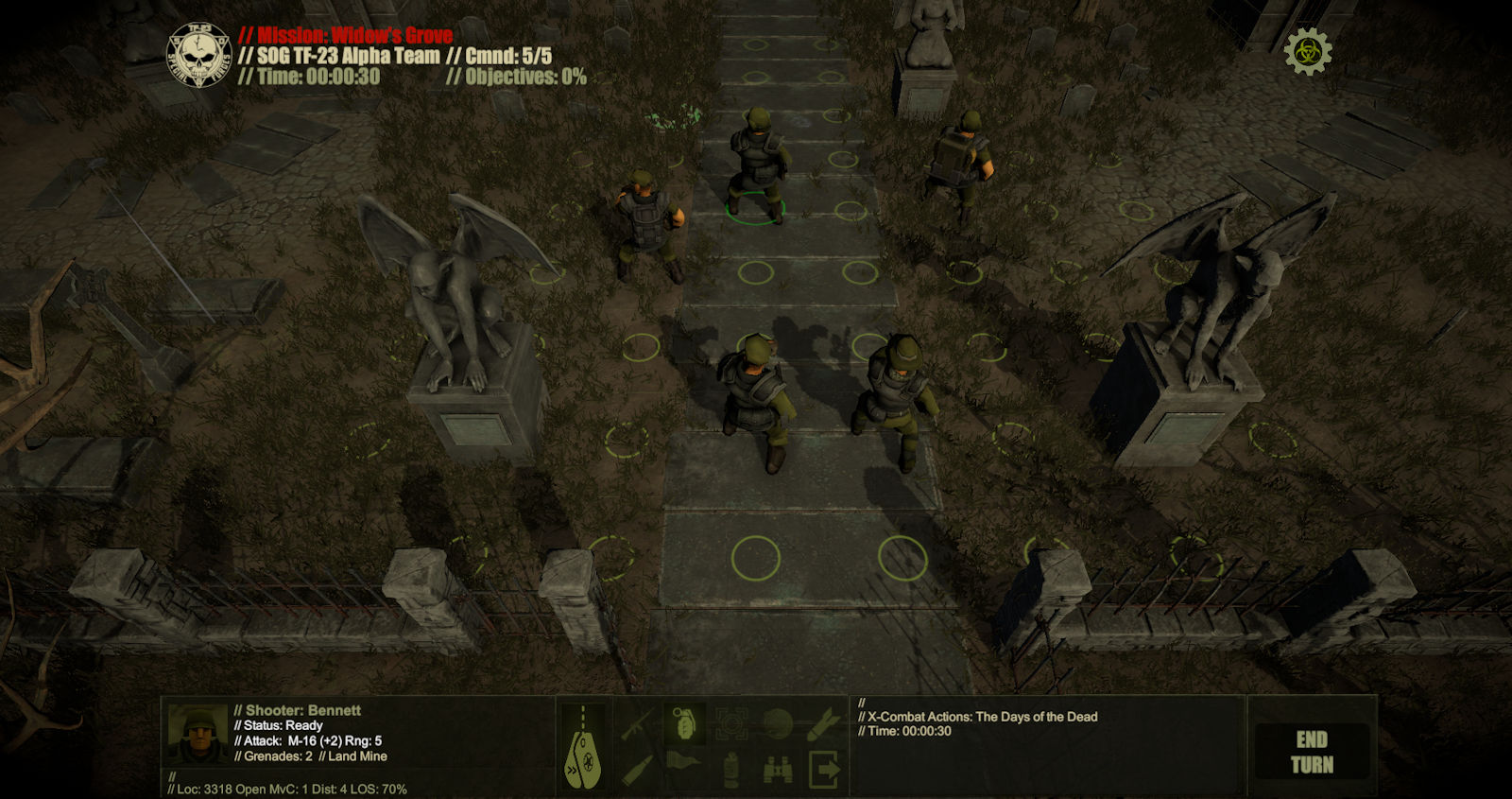 Turn Based Gamer's want to kill some Zombies too and The Days of the Dead's turn based system is one that keeps you involved instead of putting you to sleep.

While staying true to turn based mechanics (no twitch game here), the game's random command activation system will at times make it feel as though you're playing more of a real time strategy game.

With any given action, enemy reaction can seem immediate or concurrent. 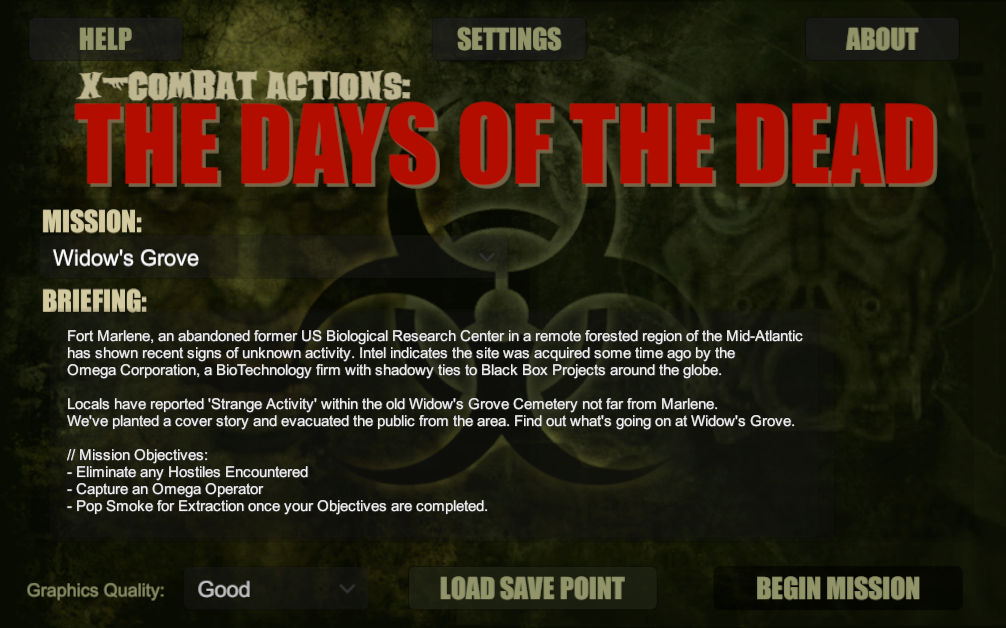 X-Combat Actions: The Days of the Dead

- Scenario based Missions with randomly generated encounters that never quite play out the same.

- Linked Campaign Mode. Can you to keep your team intact throughout the entire campaign? (Hint: Probably not) 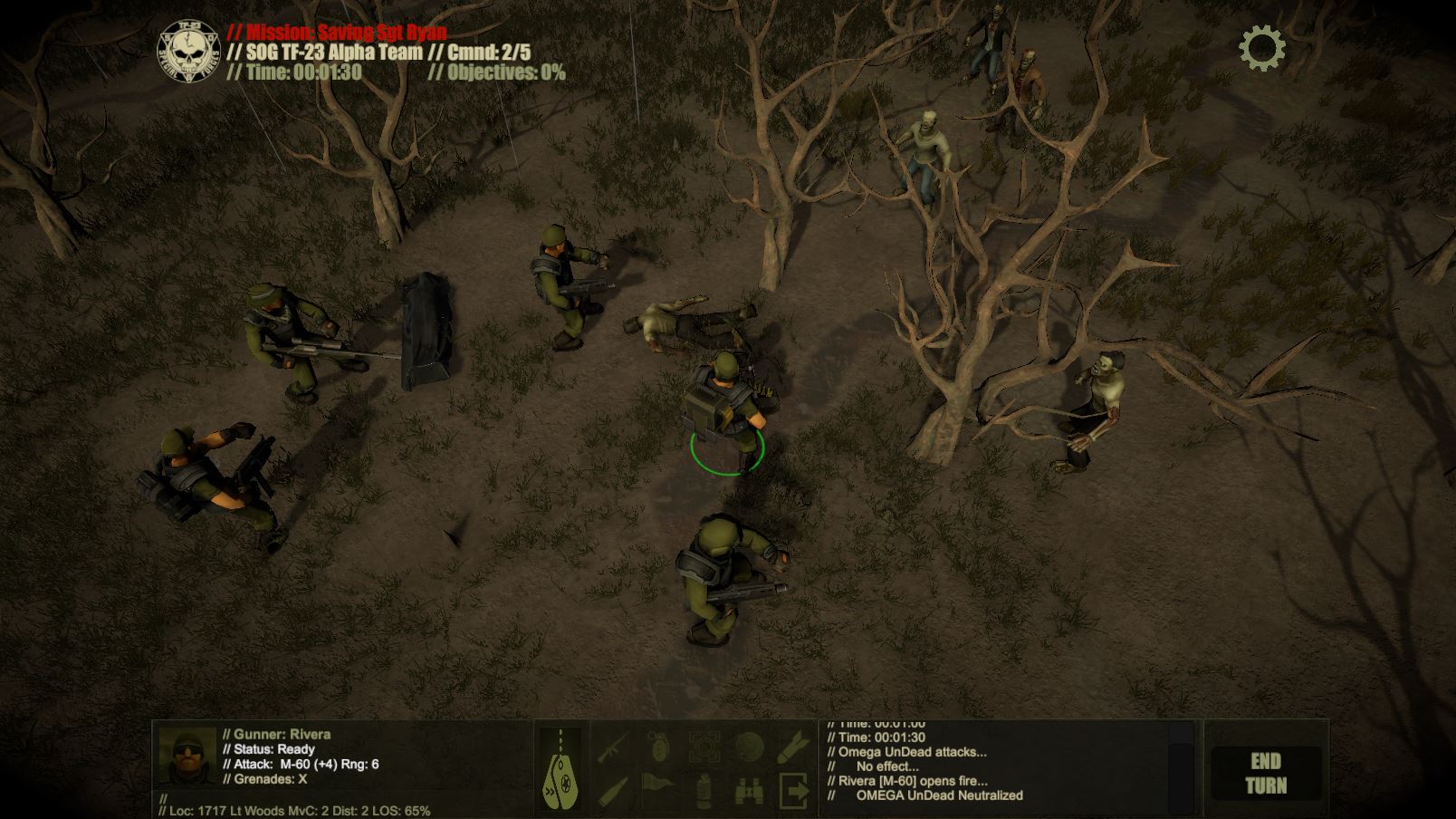 X-Combat Actions:
THE DAYS OF THE DEAD

X-Combat Actions: The Days of the Dead