ZULU DAWN! The Battle of Isandlwana 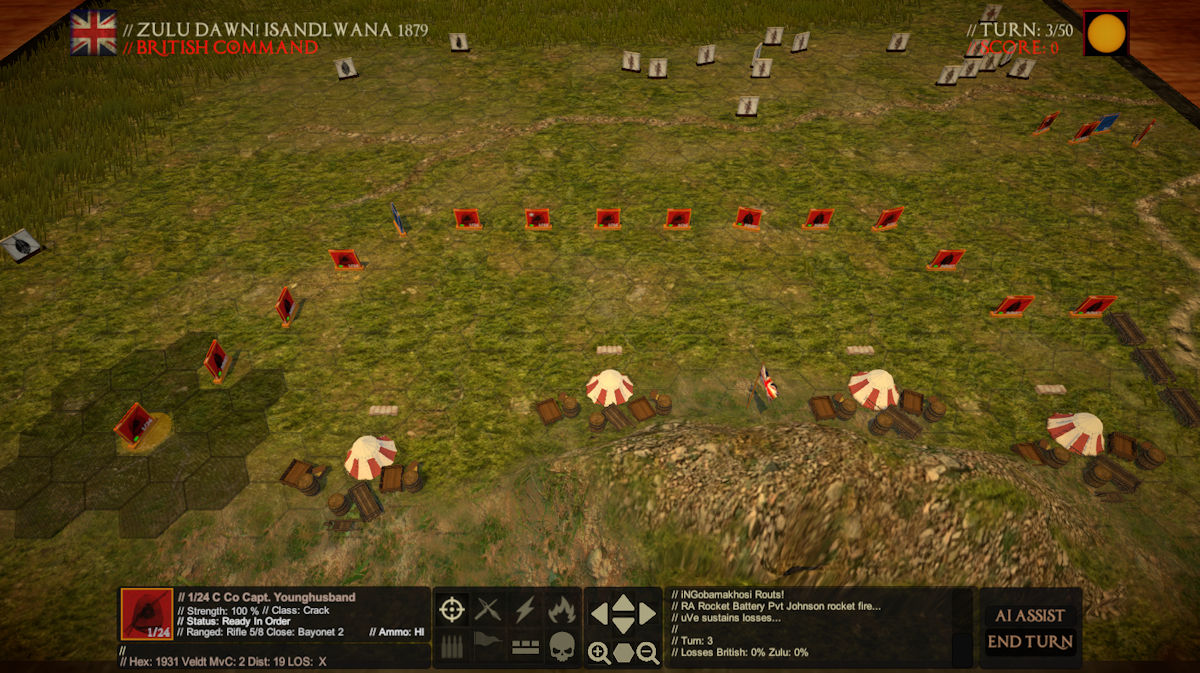 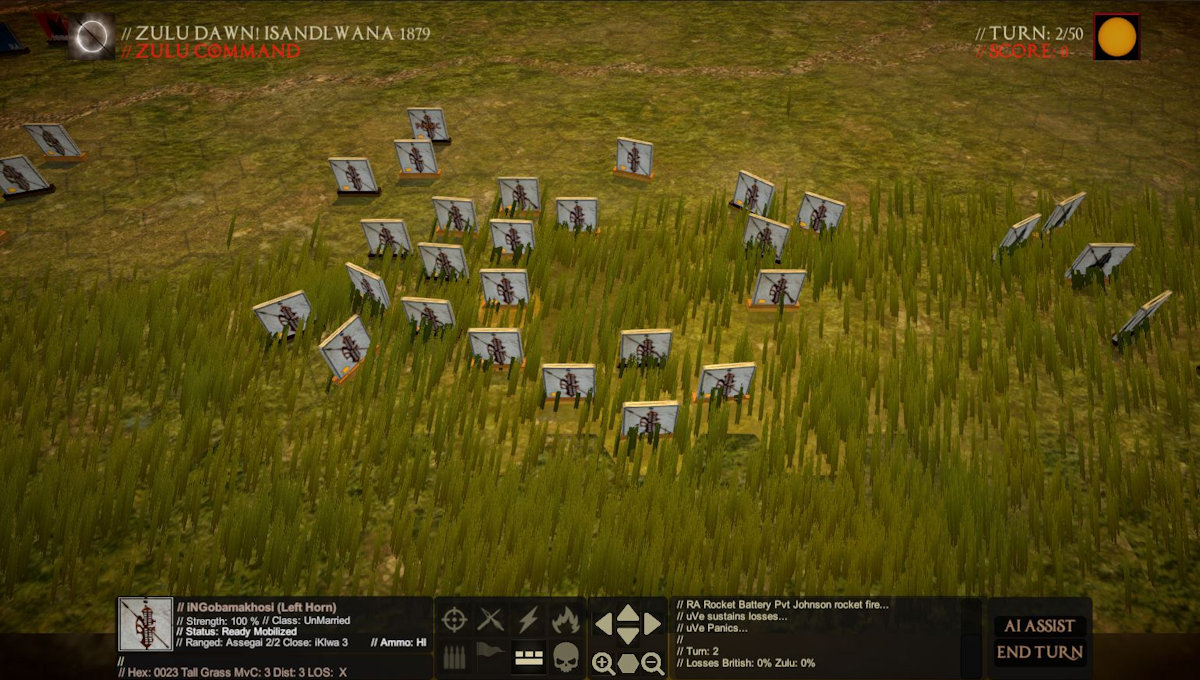 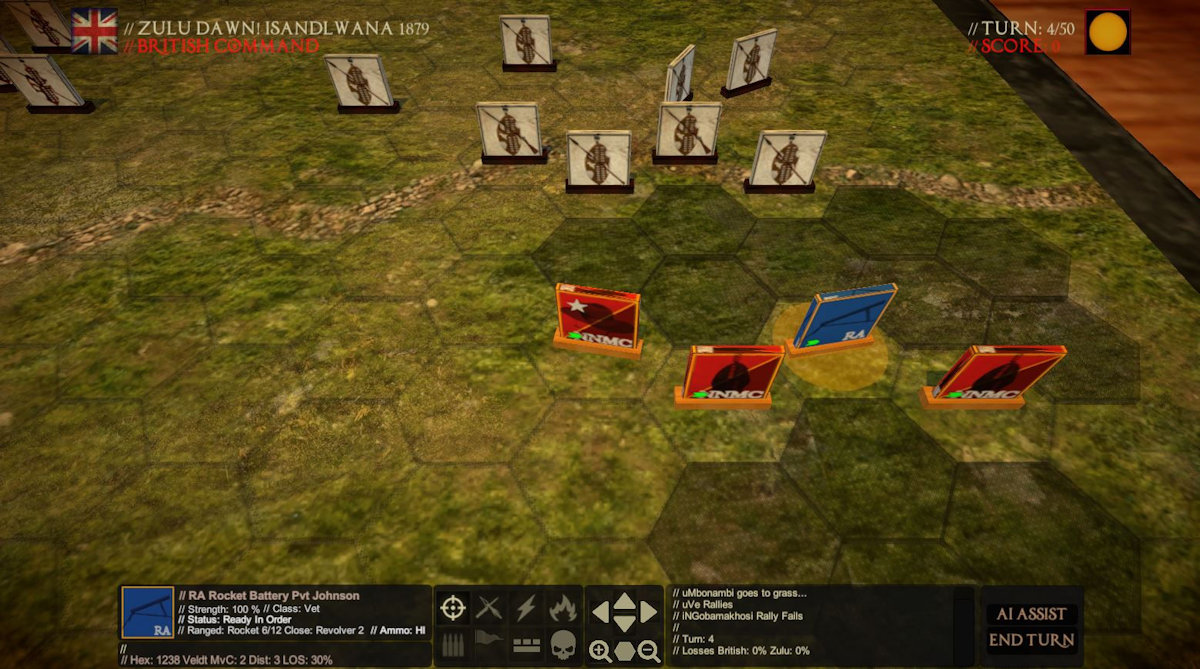 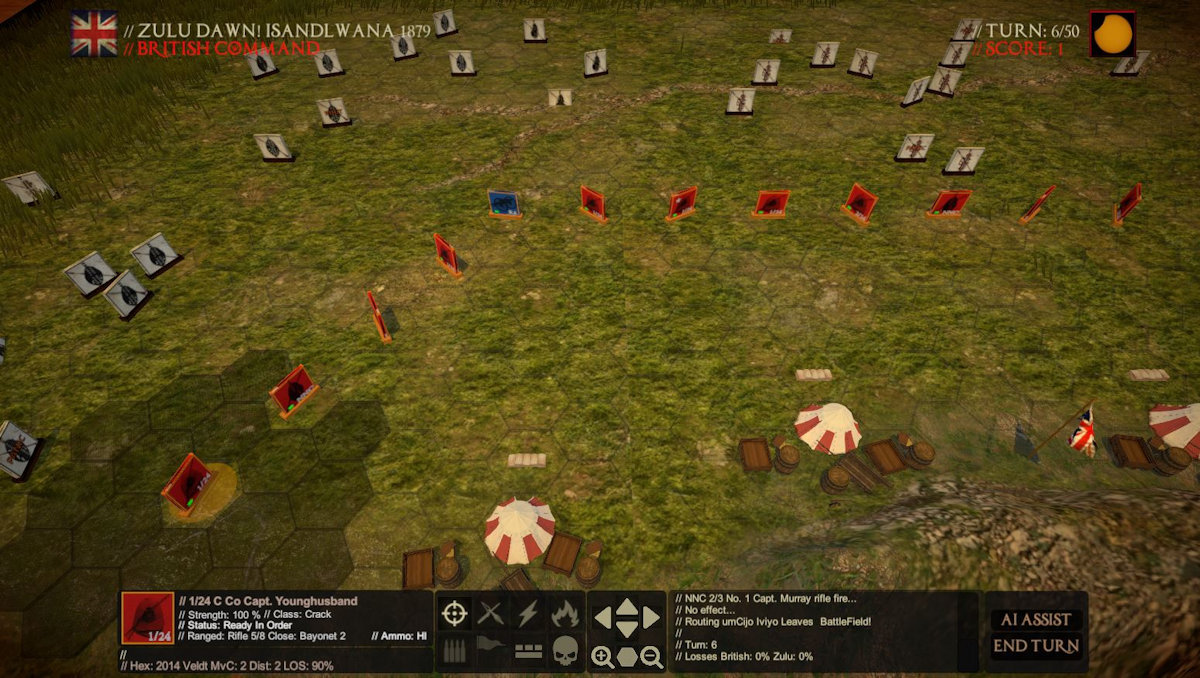 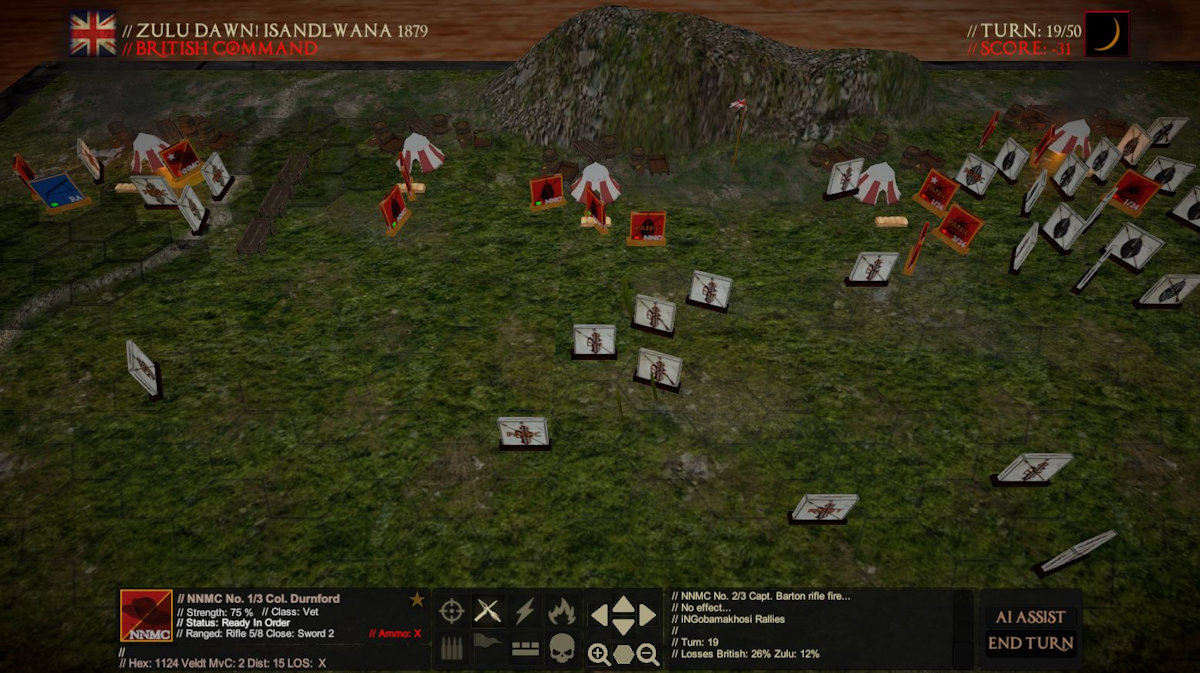 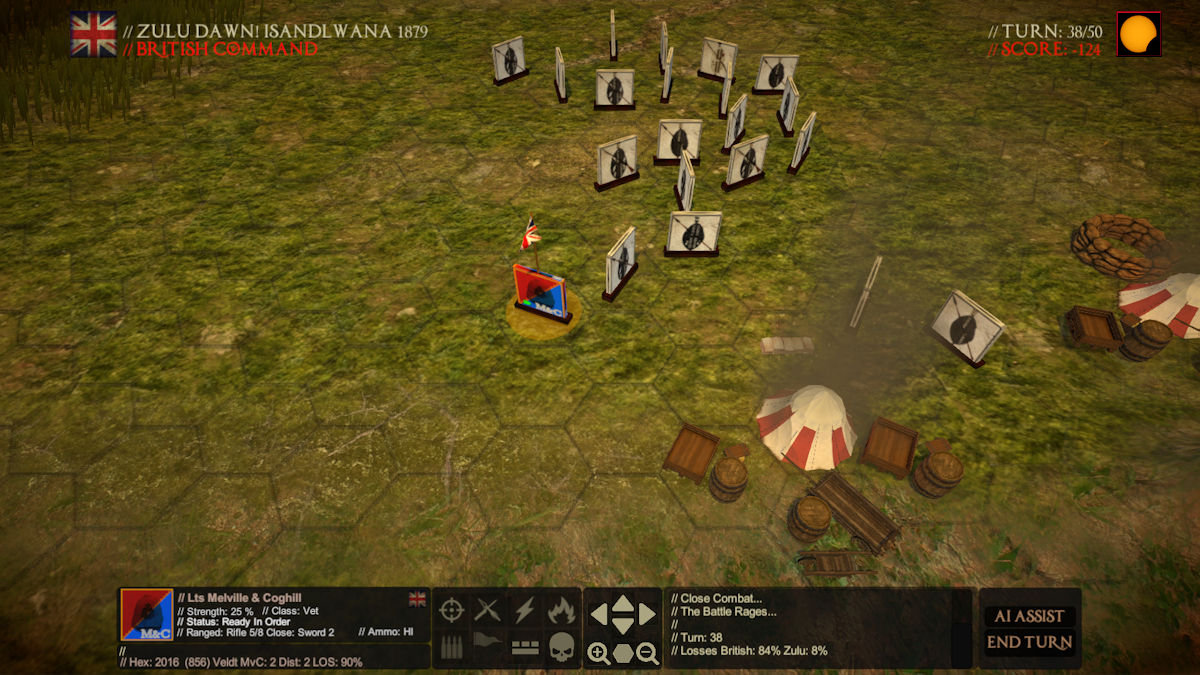 An overwhelming sense of foreboding surrounded the Battle of Isandlwana. The mountain itself perched over the battlefield like a lion welcoming its prey. Even the sun ominously ‘turned black’ during the desperate struggle that ensued, experiencing a total eclipse at the height of the onslaught. January 22nd, 1879… the Zulu would call it ‘The Day of the Dead Moon’.

Not unlike General Custer’s approach at the Little Bighorn, just days before the battle Lord Chelmsford, Commander-in-Chief of British forces, would split his command at Isandlwana, moving to reconnoiter the Zulu in force. Chelmsford’s decision would eerily lead the proud British 24th Foot to the same fate as Custer’s famed 7th Cavalry just three years prior.

As the battle began, the Zulu would appear to grow out of the earth itself, as some 20,000 warriors hastily took up the ‘Horn’s of the Bull’ formation and readied for the assault. The British stared out over the veldt and into eternity… the camp was surrounded, surrender was not an option, and retreat was impossible. From the ‘Red Soldiers’ the Zulu expected no quarter and would give none in return.  uSuthu!

Though a turn based game, its randomized activation system will at times make you feel as though you're playing more of a real time strategy game. With any given action, enemy reaction may at times be immediate or concurrent. 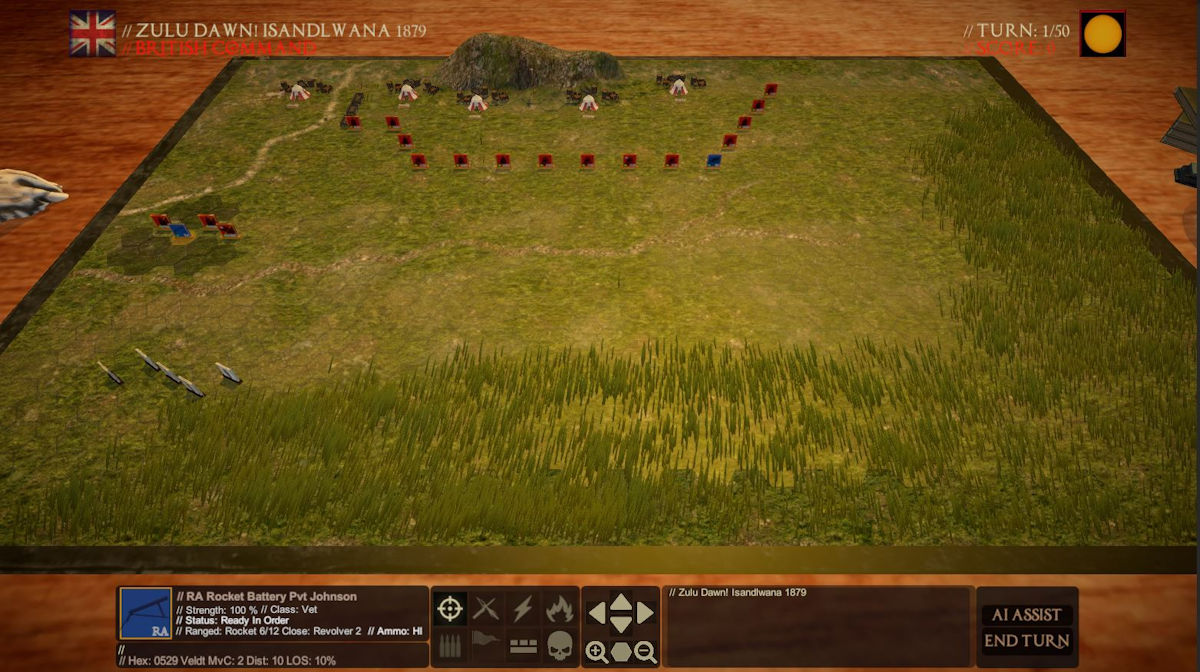 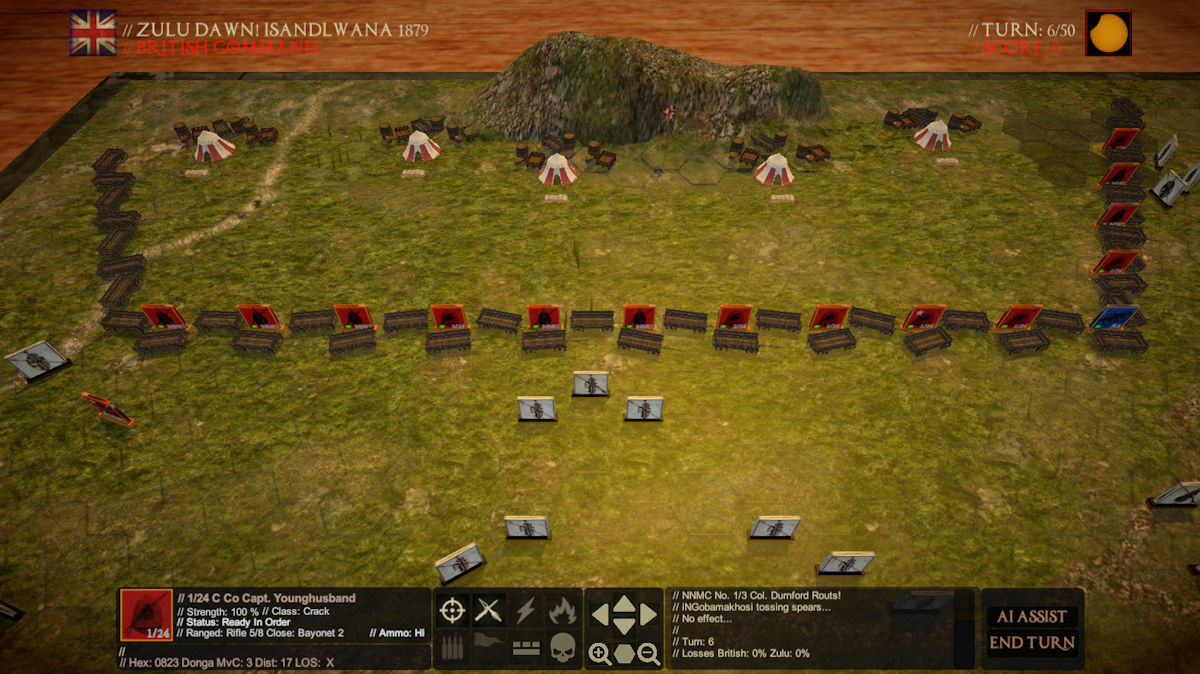 ZULU DAWN! The Battle of Isandlwana

ZULU DAWN! is also available on disc from HPS Simulations